Become a member early to receive a 30 percent discount. 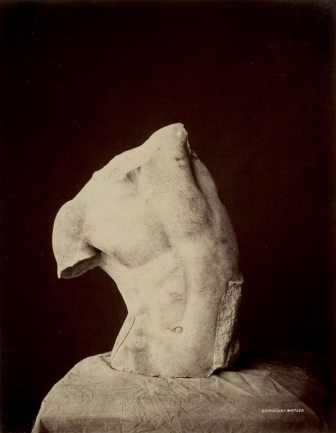 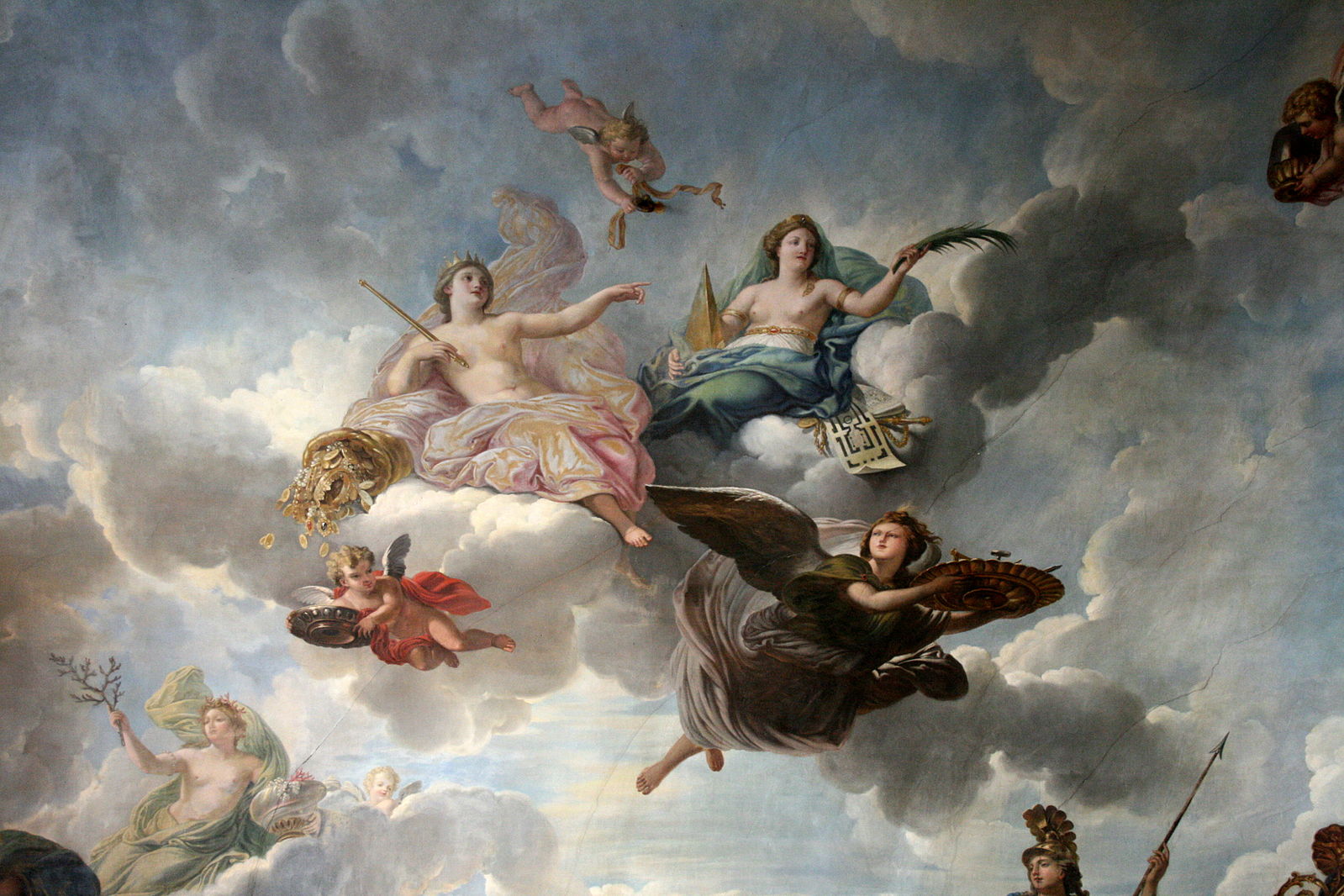 I attribute a lot of my self-growth this year to a Post-It note. I can’t remember where I initially came across the saying, but I felt compelled to write “life happens for you, not to you” in blue biro and stick it on my computer monitor at work. I totally acknowledge that it’s a cheesy slogan and seems best suited to some sort of inspirational cafe wall art or cursive on the front of a journal. But it resounded with me 12 months ago and I still think the sentiment rings true. With the pressures and stresses of contemporary life—work, money, relationships among them—it’s easy to feel as though you are wading through thick molasses, weighed down and not necessarily going anywhere fast. Especially during stressful times or challenging periods, we can feel as though we are onlookers, watching as the world passes us by, rather than active participants and free agents in our own lives.

We might turn to an internal dialogue that poses questions like, “Why me?” and “What did I do to deserve this?”, subconsciously slipping into a victim mentality by convincing ourselves that we have no choice as events unfold around us. This kind of mindset doesn’t only affect us mentally. Physically, we hold tension, our muscles are contracted and we’re short of breath. Emotionally, we drain energy from others and feel anxious, afraid, angry, and overwhelmed.

It’s no way to live. I became interested in researching these thought patterns and came to learn that they are characteristic of what can be described as a scarcity thinking mindset. When we fall into a scarcity thinking mindset, we focus on the negatives, not the positives. We become fixated on what we don’t have, rather than celebrating what we do have. It follows the idea that we don’t have enough, so we aren’t enough. Pretty harmful, really.

It’s always been fascinating and hugely inspiring to me that as humans we have the power to alter our neural pathways and change our ways of thinking, doing, and acting. I wanted to know what the opposite of a scarcity thinking mindset was, and how I could shift my perception and change my thought patterns to find happiness and inner-peace. Enter the theory of abundance.

In essence, abundant thinking is about seeing the positives rather than the negatives. If you are a person prone to worrying (hi), you’ll know what it’s like to default to imagining the worst. “If I quit my job, I won’t have any money and I won’t be able to do the things I enjoy anymore” is an example of a scarcity thinking mindset. Shift to abundance, and this looks something more like, “If I quit my job, I will open up a whole new world of employment opportunities along with the potential to experience new things professionally and personally and perhaps even earn more money.” Abundant thinking lets us see opportunities rather than obstacles. What if you allowed yourself to imagine the best possible outcome? I bet it would look pretty beautiful.

I think the first step to applying abundant thinking in everyday life is about identifying where these thought patterns crop up for you and how they make you feel—emotionally, mentally, and physically. Once we recognise this, we can begin to unpack them. By way of example, one emotion that comes up for me from time to time is jealousy. As someone who works in a competitive creative industry, I sometimes feel a sense of jealousy towards others in regards to their careers and accomplishments. This is because I perceive them to have something that I don’t. It’s based on the fallacy that for every ‘winner’ there must be a ‘loser’; that their success must equal my loss. But by shifting to abundant thinking, I’m able to acknowledge that someone else’s achievements don’t take anything away from my own and that there are plenty more opportunities to be had because work will never run out.

Next it’s important to be cognisant of that internal dialogue I mentioned before. I’m a big believer that no thought is a bad thought, but call yourself out when you begin either thinking or talking in negative language like “I can’t” or “I don’t.” Instead, tell yourself, “I have enough, I am enough.”

This leads to gratitude. If practicing mindfulness is already part of your routine, you’ll be familiar with the benefits of taking time out to bask in appreciation and the dopamine this can release. Even in those moments when it might seem like there’s not a lot to be thankful for, there is always something to be thankful for: a roof over your head, your ability to breathe. Hedonic adaptation is a theory in the field of psychology where we become accustomed to whatever pleasures we have in life, meaning that when we gain more—money, friends, accomplishments—we don’t actually feel any happier, but instead sit on the same level of happiness as beforehand. 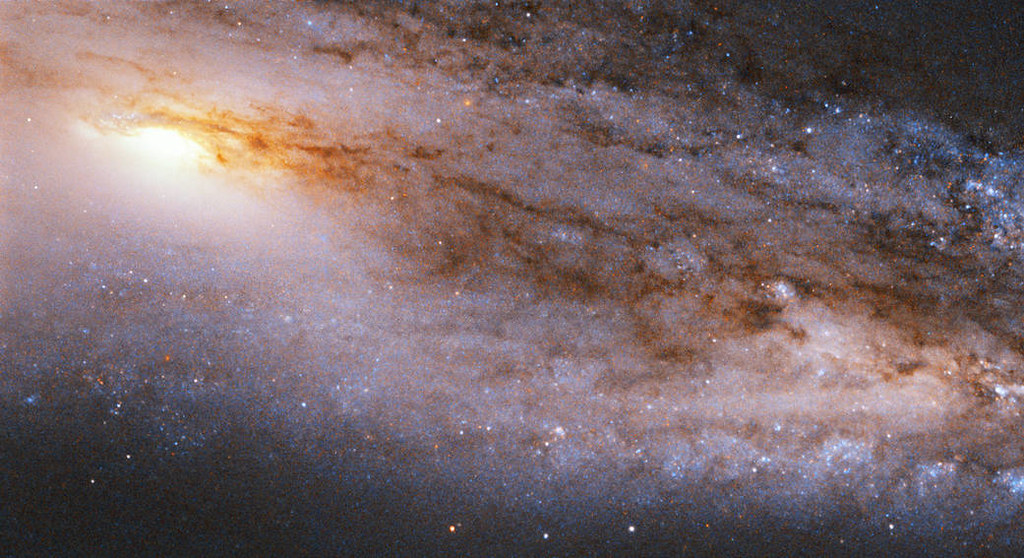 No items found.
The spiral galaxy Messier 98, which is located about 45 million light-years away in the constellation of Coma Berenices (Berenice's Hair). Image credit: ESA/Hubble & NASA, V. Rubin et al.

The hedonic treadmill, then, is this idea of a cycle of hedonic adaptation—that we must seek new pleasures in pursuit of new happiness. But it’s like a pot of gold at the end of the rainbow, it’s unattainable. So we buy more stuff, we strive for new goals, and this quest becomes never-ending, frustrating, and consuming. It brings us back to that heavy molasses feeling of going nowhere. Taking stock of what we already have and what we’ve already done can help break this cycle, as we realise that this pursuit is futile and life is already rich and meaningful.

I’m not saying that abundant thinking can solve everything. It can’t. But it can become a useful tool in helping to put things into perspective and making you feel like you’re in the driver’s seat rather than riding shotgun in your own life. Like all forms of self-growth and development, applying an abundant thinking mindset isn’t easy. It’s easy to use flouncy words, it’s easy to post uplifting images on Instagram. But when you just want to sulk and sook and feel sorry for yourself, it’s actually really hard. And that’s OK too. Because self-care isn’t about becoming better, it’s about accepting yourself just as you are right now: whole and complete. 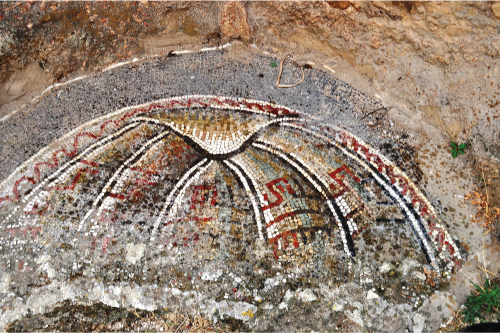 The History of the Bath House as a Cultural Gathering Space

What we can learn from ancient practices of public bathing.